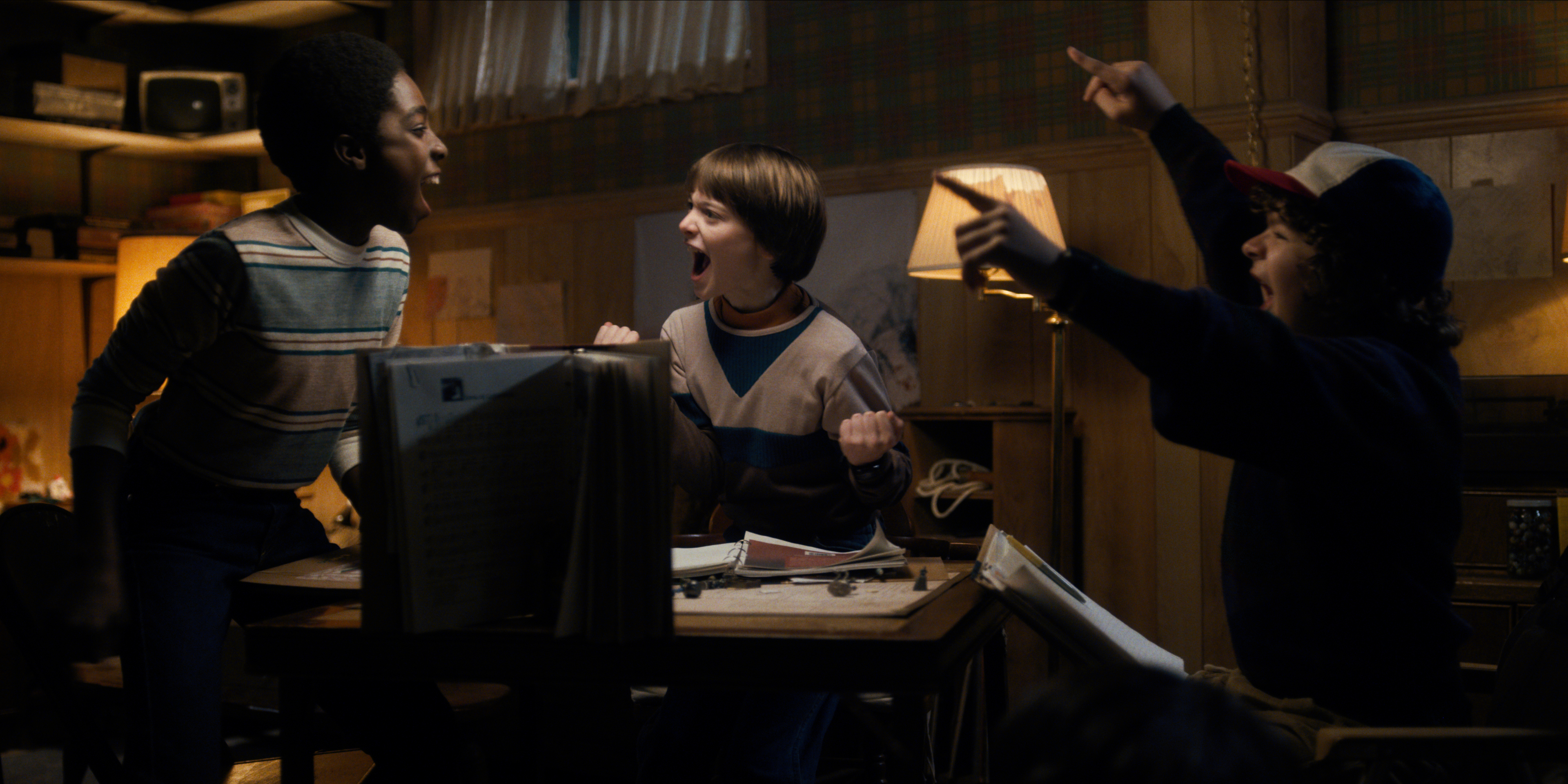 When my wife and I first watched Netflix’s Stranger Things series, I was struck (just like so many of my peers) by how powerful the D&D nostalgia was. We were those kids in 1985 (minus demonic monsters and psychic girls). Much has written about the connection between us 40-something gamers and the Stranger Things kids, so i won’t rehash it here. But an experience last night reminded me that you did not have to be 12 in the 1980s to be those Stranger Things kids: you can be 12 right now, in fact.

Obviously, I make no secret of my geekery and neither does my wife, so it was not unusual that Dungeons and Dragons came up in a conversation between her and a friend at work. It turned out this friend, S, had bought her son J a full set of the D&D 5th Edition books (Player’s Handbook, Dungeon Master’s Guide, Monster Manual as well as the Starter Box) for Christmas. Part of the reason was because S wanted J to put down his tablet and interact with friends more. J and his buddies had tried to navigate D&D on their own, S told my wife, but had crashed and burned. That is when my lovely wife offered up my services to teach J and his friends how to play D&D. I was to be Johnny Diceseed, progenitor of a whole new crop of D&D players.

I will admit, at first I balked a little. I am used to running games for strangers at conventions, but those are usually adults, and if there are any kids they tend to be with their parents. My sense of humor and imagination are not PG rated, and f-bombs, shit jokes and bloody decapitations are likely to fly during any given moment in one of my games. In addition I was not confident in my ability to teach kids the very basics of a game that is so ingrained in me after 30-plus years of playing it. Are you a parent? Do you remember the frustration of trying to teach a child to ride a bike when you could not actually articulate how to keep the bike upright? That’s what I was worried I was up against.

Nonetheless, I agreed. After all, the couch is cold. As the event got closer, I found myself rehearsing things in my head, planning out how I would explain this aspect or that aspect. I remembered being me trying to master the weird game in the red box and I got both a little misty and excited to impart that on a group of kids. I have purchased D&D for friends’ kids before, trying to pass on the hobby, and have offered advice to those kids. My own kids have been resistant, with my son being more active than tabletop gaming allows and my daughter being too young until recently. This would be the first time I really tried to teach the basics of the game to kids I had not met before. It would be much more like those convention experiences of a table of strangers.

None of my plans survived contact with the enemy, so to speak, but even so I was able to herd the kids and get them pointed in the right direction. J was quiet but deeply interested. Of the other four kids at the table — at boys about 12 or 13 years old — two were obviously natural gamers. One, B, is going to be their DM — he says not, and they want to make J do it because it is his stuff, but I can spot a DM a mile off and B is going to be it. Two of the other boys were a little more distracted and had little interest in the nuts and bolts of their characters, and if I had to guess those two would play for a while on occasion before wandering off back toward other activities.

One thing I found to be difficult in the process what that non-gamer adults never understand how long D&D takes. The kids wanted to learn to create characters AND play the game. Our window was about 2 hours. I got the kids through the rolling stats, picking race and class and spells, part of character generation and then told them we would fill in the other details as we went. Then, I ran them through a forest ambush with a hobgoblin and some goblins to give them a taste of the combat rules. But that was just the tip of the iceberg. It is hard to articulate until you sit down and think about it, but there is quite a lot that happens in your average game of D&D. No single 2 hour session can hope to teach it all. But, again, as Johnny Diceseed my job was just to plan a 20-sided acorn.

When I learned to play D&D, we had just a 32 page player’s guide and 64 page DM guide to navigate, along with a solo adventure to explain the basics and a pre-stocked dungeon to get the DM started. I like the D&D starter set and think the Lost Mines of Phandelver is a great introductory adventure, but I actually prefer Paizo’s Pathfinder beginner Box for teaching the very basics of tabletop D&D style role-playing. Kids just getting into D&D now have a lot more material to try and digest.

If it were up to me, I would teach a group to play D&D over the course of four sessions. The first one would be a short adventure with pre-generated characters to teach the basics of play and the assumptions of the world of D&D. The second session would be a character generation session where the players went through the entire process, had time to read their options and so on. The third and fourth sessions would be a somewhat longer adventure using those newly minted characters, designed with the goal of introducing the variety of activities that can happen in D&D, from dealing with NPCs to delving dungeons to traversing the wilds to selling loot and upgrading their gear. By the end of those four session, I think any group of kids that was interested in D&D should be able to navigate their way through the sometimes arcane rule books and adventures.

My philosophizing aside, I got to see at least a few gamers made last night. They cheered when they eviscerated a goblin and laughed when the barbarian whiffed twice in a row. They only got to peek through the door into this world, but they decided based on what they saw they were going to set their shoulders against that door and push. I am excited for them, for all the adventures they will have and the friends they will make and the worlds they will create.