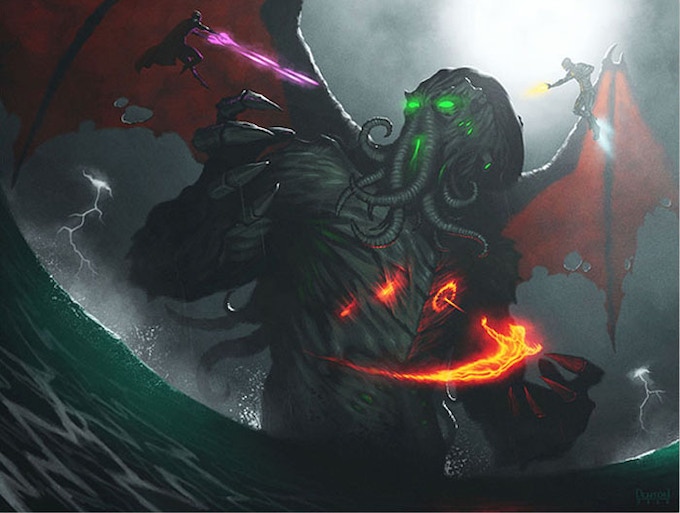 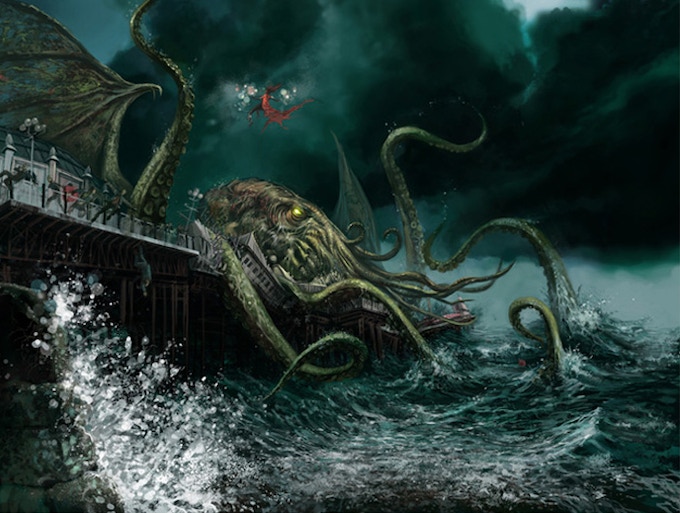 My friend and colleague Geoffrey Grabowski has created a amazing high level adventure supplement for old school science-fantasy (a la Labyrinth Lord and Mutant Future from Goblinoid Games) called The Dreams of Ruin, which I have teased here for a couple of weeks now. The Kickstarter is finally live and you can back it here. Geoff was the developer of the first edition of White Wolf’s massively successful Exalted Role-Playing Game and Dreams of Ruins comes from the same origin point in him, full of big weird ideas intended to be played.

The game releases for free on May 15th. “Wait, if it is being released for free, why have a Kickstarter?” you ask. I’ll let Geoff explain from the KS page:

We’re going to release the book into free circulation under a CC-NC-ND-BY license on May 15th. That means, you are free to circulate it, but you can’t use it for commercial purposes, you can’t create derivative works, and you have to attribute it.

We are then going to sell copies of the archive for $22 ($20 + KS fees). When I have sold the equivalent of 5,000 of them — a total of $100,000 net of direct selling expenses like venue fees — the license on the product will convert to CC-BY. You will be free to create derivative works, and even reproduce the material commercially, so long as you attribute the work.

In other words, “buying” the book helps make it truly Open. It is an interesting funding model and license structure.

In support of Geoff and this project, I will be using my quiet little corner of the internet to help get the word out. Next time, I’ll have an interview with him and then a full review of the book. I will cap it off with my own set of conversion guidelines for using The Dreams of Ruin with 5th Edition D&D.