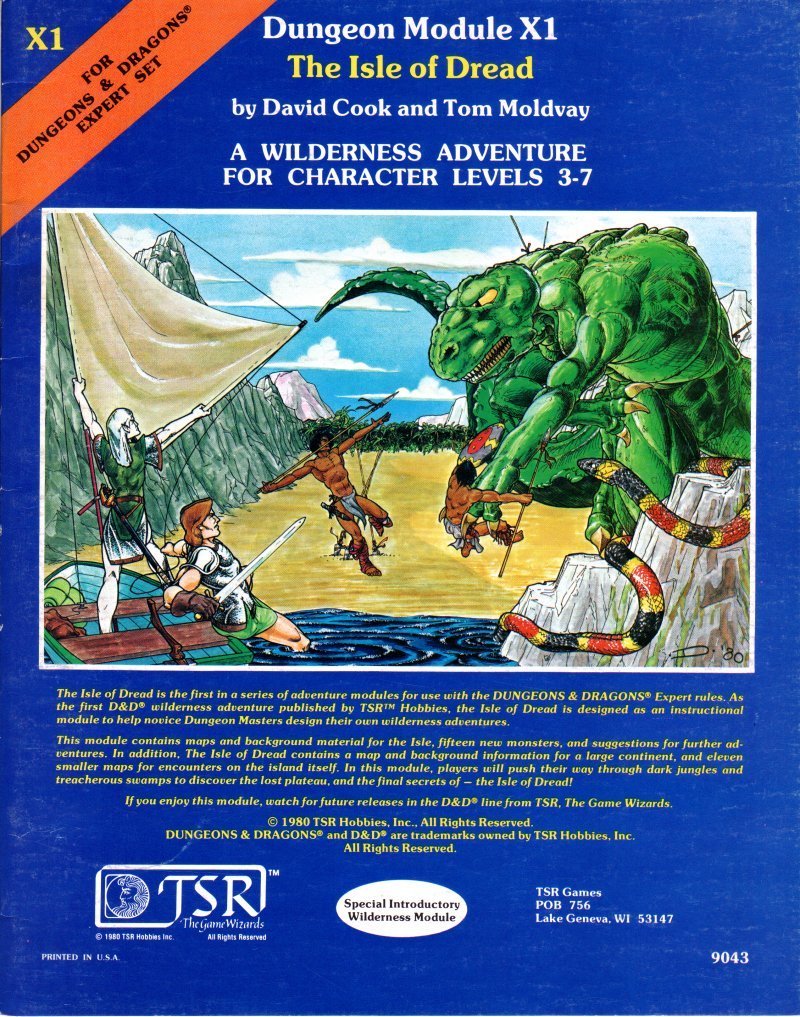 Decades ago, adventurers found a forgotten captain’s log that led them to a mysterious island inhabited by strange peoples and terrible monsters. Their adventures opened the floodgates for treasure seekers and monster hunters until one day, the island simply disappeared, as if erased from the very ocean. In time, the so-called Isle of Dread became a legend and rumor, all but forgotten — until now. The hull all but gone and the crew all but mad, a ship has berthed bearing not only tales of the lost isle, but also glittering treasures and strange artifacts.

The isle has returned to the world, but will you Return to the Isle of Dread?
A D&D 5th Edition Ongoing Adventure of danger, daring and dinosaurs coming to a Con near you this fall.

5 thoughts on “Return to the Isle of Dread”