I spent the weekend at TotalCon in Mansfield, MA. I visited with old friends, drank too much and absolved myself of real grown up responsibilities for a few days, but mostly I ran 5th Edition Dungeons and Dragons. I DMed six session slots for a total of 25 hours of play (that last one on Sunday went an hour long). These were not six sessions of the same couple of adventures run over and over, but rather one continuous hex-crawl exploration, a sort of table-top massive multi-player game called “The Valley of Tombs” that actually started at CarnageCon in Killington VT this past fall (that’s a total of 11 Con sessions I have run it, by the way). It was exhausting. It was fun. It was overwhelming. It was glorious. And, it taught me some things.

So, without further ado, here at the 10 things I learned while running a ridiculous amount of D&D 5E this weekend:

1: The most time consuming thing is getting everyone up to speed. With only one exception, every session had at least a couple players that were unfamiliar with 5E and who had not played the Valley of Tombs before (either at Carnage or at a previous TotalCon session). While this was no surprise, I was taken aback at just how much time it can take to get a player comfortable enough with both the system and the conceit of the game to be able to choose a character, parse its abilities and role in the party and be ready to strike out in search of adventure. And while I think I got “the spiel” down to a reasonable length by the end there, my introduction to both 5E and the Valley could certainly use some tweaking.

2: Valley Veterans are a Godsend. There were two sessions in which folks who had not previously played were entirely absent and their absence was felt. It was not simply an issue of history and lore, though having folks around that appreciated and could impart that stuff was nice, but one of logistics: veteran players were able to bring new players up to speed while I was organizing my notes and preparing for actual play. Thankfully, I had a ton of veterans by Con’s end and I appreciate everyone who sat twice or more at the table.

3: Characters should belong to players. There is something neat about picking up a PC that has some treasure, some XP and some history, but one thing I did not think about was just how profound player versus character knowledge became with a mix of veteran and new players. Some characters were chosen consistently throughout even though players came and went, which meant Gar the Half-Orc Ranger experienced the first brush with the Faerie-Eating Spider-Men, Bob could not explain that information to Jane since Fred had actually played Gar the previous session. The shared journal I have players fill out helps some, of course, but unless Gar’s player was running the journal, Gar’s perspective is lacking. I think one-and-done PCs for any player are necessary given the format, and since levelling is slow slow it should not impact the balance of the game.

4: No one cares about the Inspiration die. In the Con game format, I wanted to avoid everyone jostling for role-playing time with their Flaws and Ideals and such to gain Inspiration. Instead, I had one Inspiration Die that was meant to move around the table. If you got it (for being awesome, for making the game fun, or for bringing me beer or coffee) you could use it anytime you wanted, but then it went back into contention and the next awesome, beer-getting player got it. In reality, no one remembered it was out there. Maybe I give advantage too often or maybe the die being in one player’s possession makes everyone forget about it, but there were very few situations in which it got used at all. I will have to rethink the Inspiration Die bit.

5: Tea is my larynx’s best friend. I had a cold last week anyway, and spending all that time talking certainly strained my voice. Throw in the late night parties and I should have been voiceless by Saturday. But I took that advice of my beautiful and hyper intelligent wife and brought an electric tea kettle to the Con and was able, with judicious use of honey and lemon, keep myself able to be heard. As an added bonus, the kettle was also great for instant oatmeal and Ramen as a way to save money on meals!

6: Never Sit. Seriously. You are the head of the table. All eyes are on you. If you disappear behind that screen, you have lost them. Don’t do it. (I actually learned this at Carnage, but it is so important I had to repeat it here.)

7: If you are going to wing it, be prepared. That sounds contradictory, but it really proved its truth this weekend. In the weeks leading up to the Con, I had some trouble dedicating the necessary amount of time to be ready for this. So, it turned out that because I do not run any early morning games (you’ll remember the thing about the late night parties above) I had a few hours every day to tweak previously prepared stuff and add new material, without knowing whether it would get used. Open world sandbox gaming requires lots of material on hand, whether it is cribbed from other sources, based on random tables or created whole cloth. Otherwise, the game slows to a painful crawl. I made good use of my mildly hungover, tea-drinking time and it paid off.

8: Random results are best results. There is no better way to illustrate this than by example. During the aforementioned preparation, I rolled a treasure hoard that included, of all things, a bag of beans. I have never used a bag of beans in a D&D game before and would likely never have thrown one into the treasure mix on purpose. It happens to end up in a hoard that the PCs acquire (though they don’t know what to make of it — either PCs or players). Later, those same PCs end up in a dire situation: a few party members are trapped in a sealed room, running out of oxygen, dying the slow, ignominious death of the tomb raider while their friends tried desperately yet futilely to free them. Finally, with nothing left to lose, they decide to drill a hole in the many-ton stone block that traps their companions, stuff said hole with dirt and plant a bean from the bag. One percentile roll later, a massive pyramid erupts from the bean, destroying that portion of the dungeon and providing a way out for the doomed PCs. And, on top of it, a terrible mummy lord lives in said pyramid, thereby adding a new wrinkle to the setting. None of that awesomeness would have happened without a few random rolls. 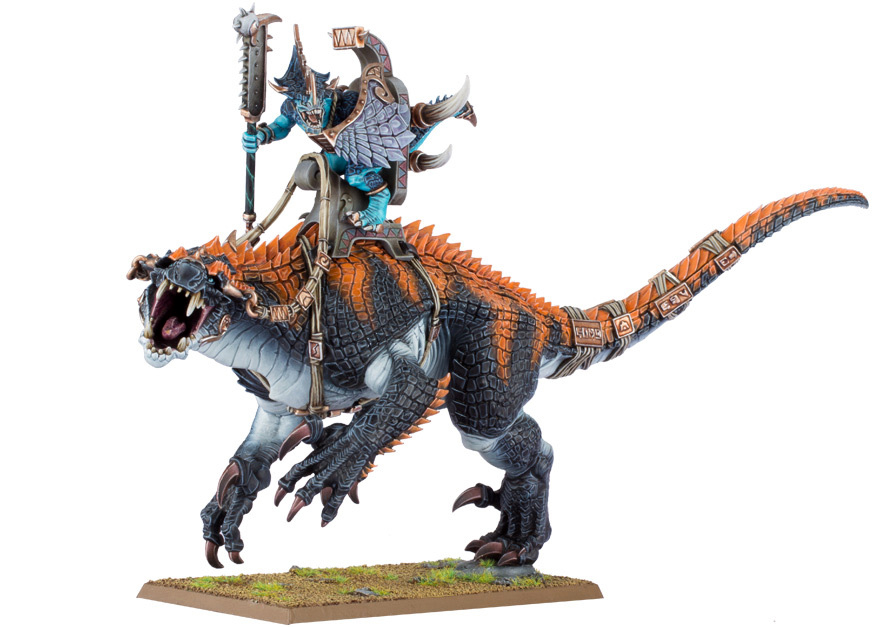 9: Allosaurus riding lizardmen make everything okay. My last session of The Valley of Tombs for the weekend was the Sunday 1 PM slot. Thirteen players ended up at that table (because I can’t say “No”) and I was sure it was going to crash and burn. My TotalCon legacy was going to be a baker’s dozen of disappointed players. At first, it seemed to be going that way with minor details turning into major plot points and some intra-party machinations threatening to derail things. Then, at just the right moment (i.e. with less than an hour left) the party heads to their original adventure site which turns out to be full of lizard men riding Allosauruses (Allosauri?). It made everything better.

10: The Valley of Tombs is an actual thing. When seven of nine (insert Star Trek borg bosom joke here) 1 PM slot  players chose to forego their pre-registered 7 PM games to continue their adventures, I not only realized I had something pretty cool on my hands, I was more flattered than if I had won IronGM (which I decided not to do this year since I wanted to run Valley). It isn’t perfect yet and there is a lot of work to get The Valley of Tombs into a semi-pro state, but I think it has legs. My goal over the next few months is to build it a website and develope it well enough that it becomes an honest to goodness actual “thing” at New England regional gaming cons, probably starting with OGC Con in New Hampshire in June.

I loved running this event over the weekend and I really do think it has potential to be a fixture for years to come. I want to thank every player that sat at the table, but most especially those that kept coming back. You guys rock.